Long-hailed as the “Super Bowl of Sport Fishing,” the Bisbee’s Black & Blue Marlin Tournament once again lived up to its name during the October 24-27 main event. Based out of Cabo San Lucas, Mexico, the 2017 tournament saw 120 teams competing for over $3.2 Million in cash prizes. Back that with large crowds, great concerts, and a hot marlin bite – the stage was set for an incredible week south of the border. 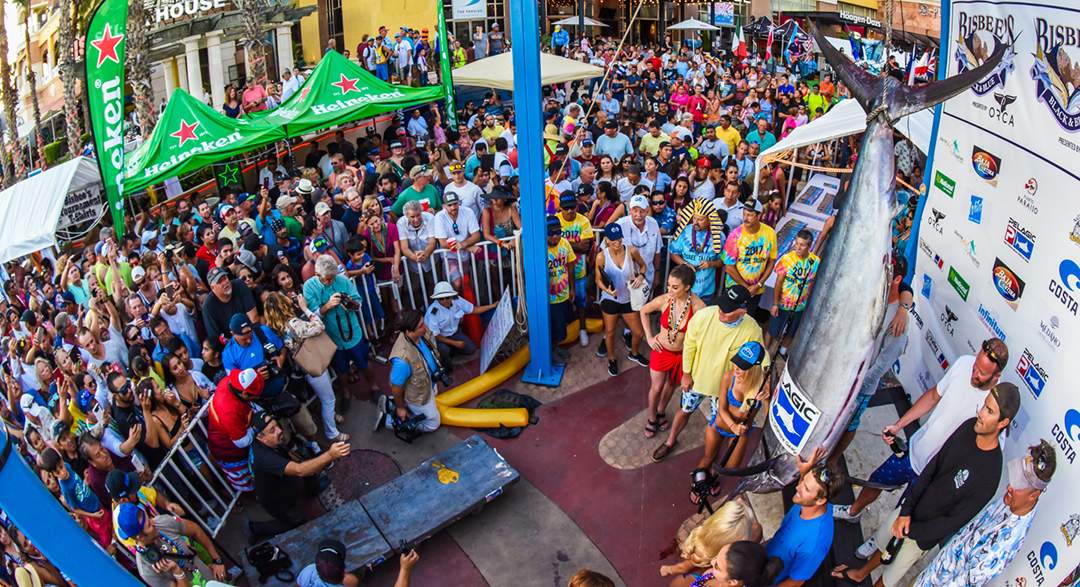 After the dust had settled over a competitive three-day tournament, it was PELAGIC Pro Team Captain, Clay Hensley, and crew aboard the 64’ Hatteras Chupacabra who took home the overall tournament victory with a rare two-fish (1 black marlin, 1 blue marlin) combined weight of 682-pounds. The team collected a check for $69,907.50. Congrats to Clay, Jason, Bo, and the entire crew! 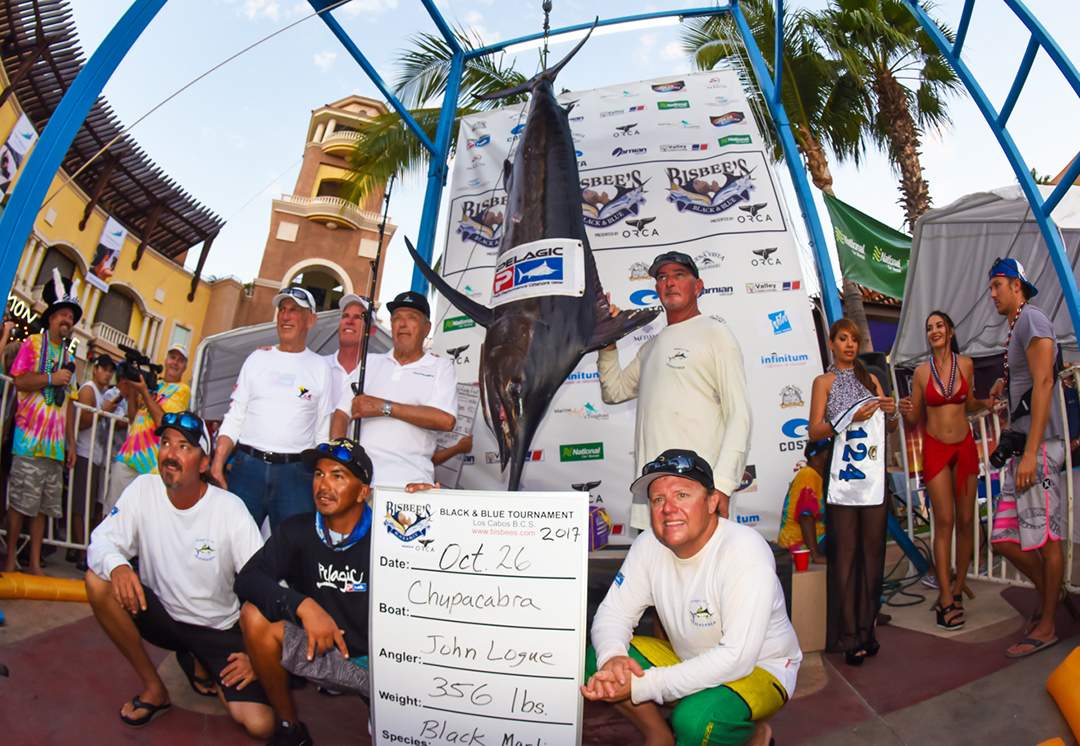 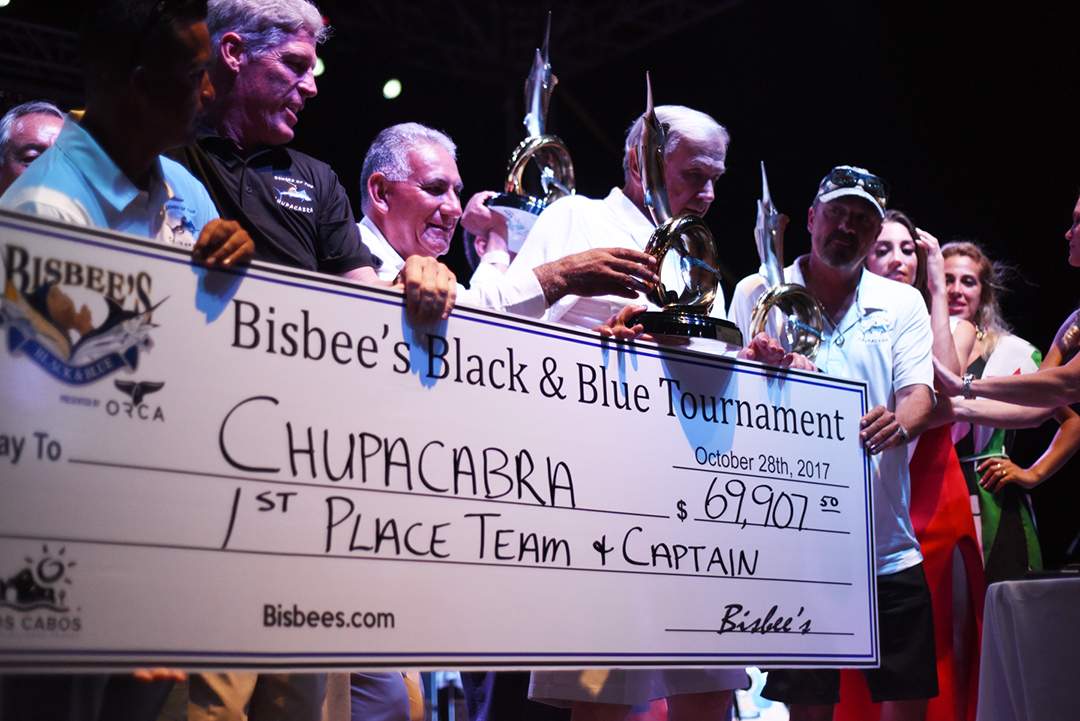 And while Chupacabra may have won the first-place trophies, the Bisbee’s tournaments are known for handing out some XXL payouts, mainly based around jackpot entries. Earning the largest payout of the week was Ten Brothers (4th Place Overall + Day 1 Jackpot) whom were awarded nearly $1 Million. 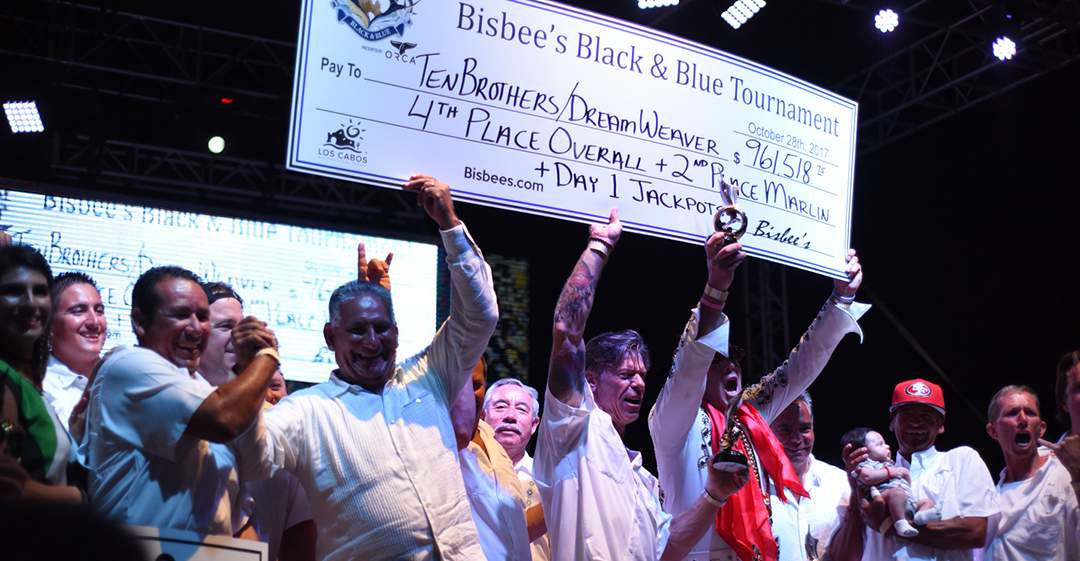 Also, taking home a large check for their 367-pound black marlin was PELAGIC Pro Team Captain Franky Abaroa, with Ben & Chris Vincent aboard Go Deeper 60 . Their fish earned them the lofty Day 2 Jackpot and a payout of $876,350. 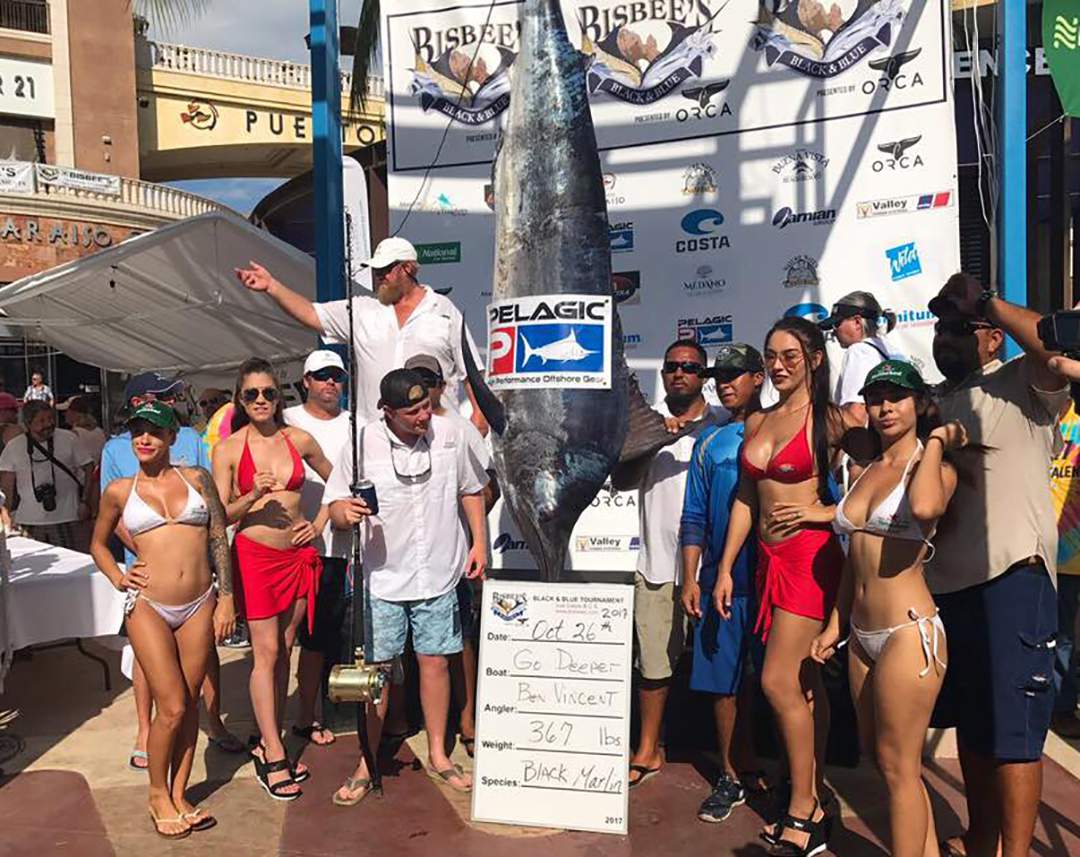 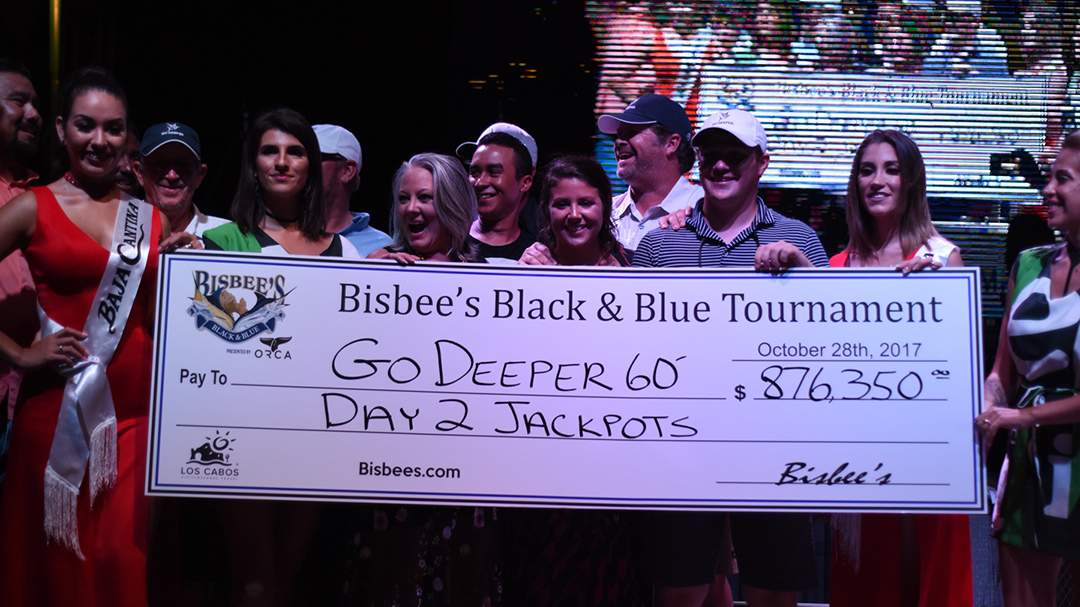 At the Bisbee’s Tournaments – Big. Fish. Happen. Tipping the scales at 569-pounds, Team C-Bandit weighed the tournament’s largest fish. Their last-minute black marlin secured them a check for $764,966.25. 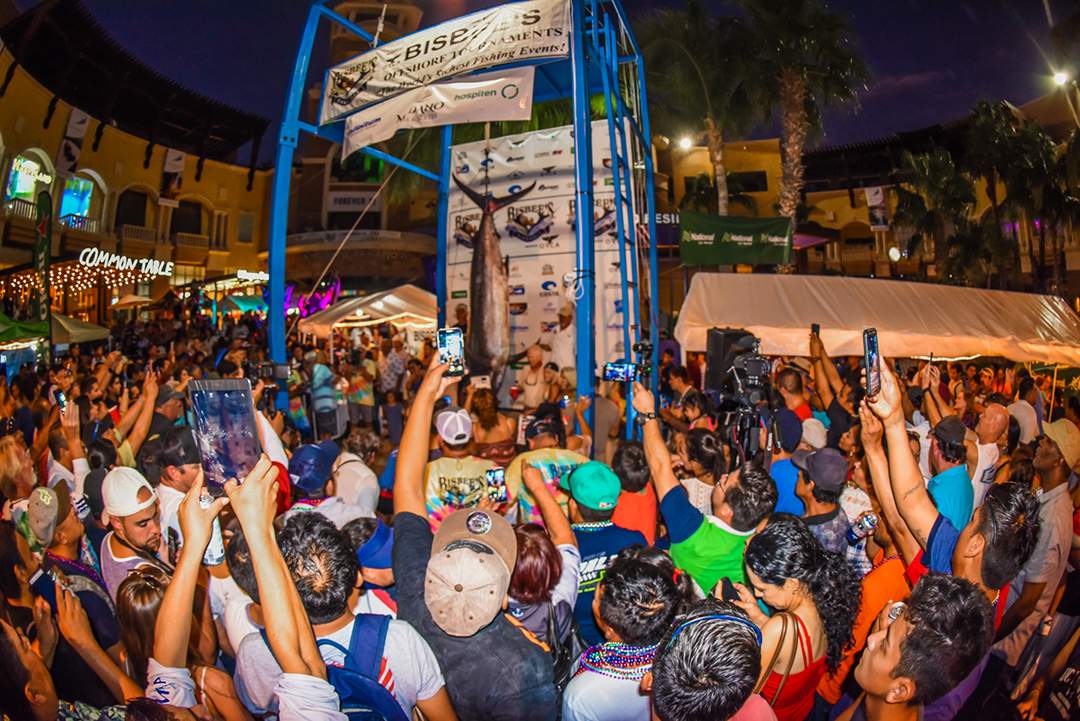 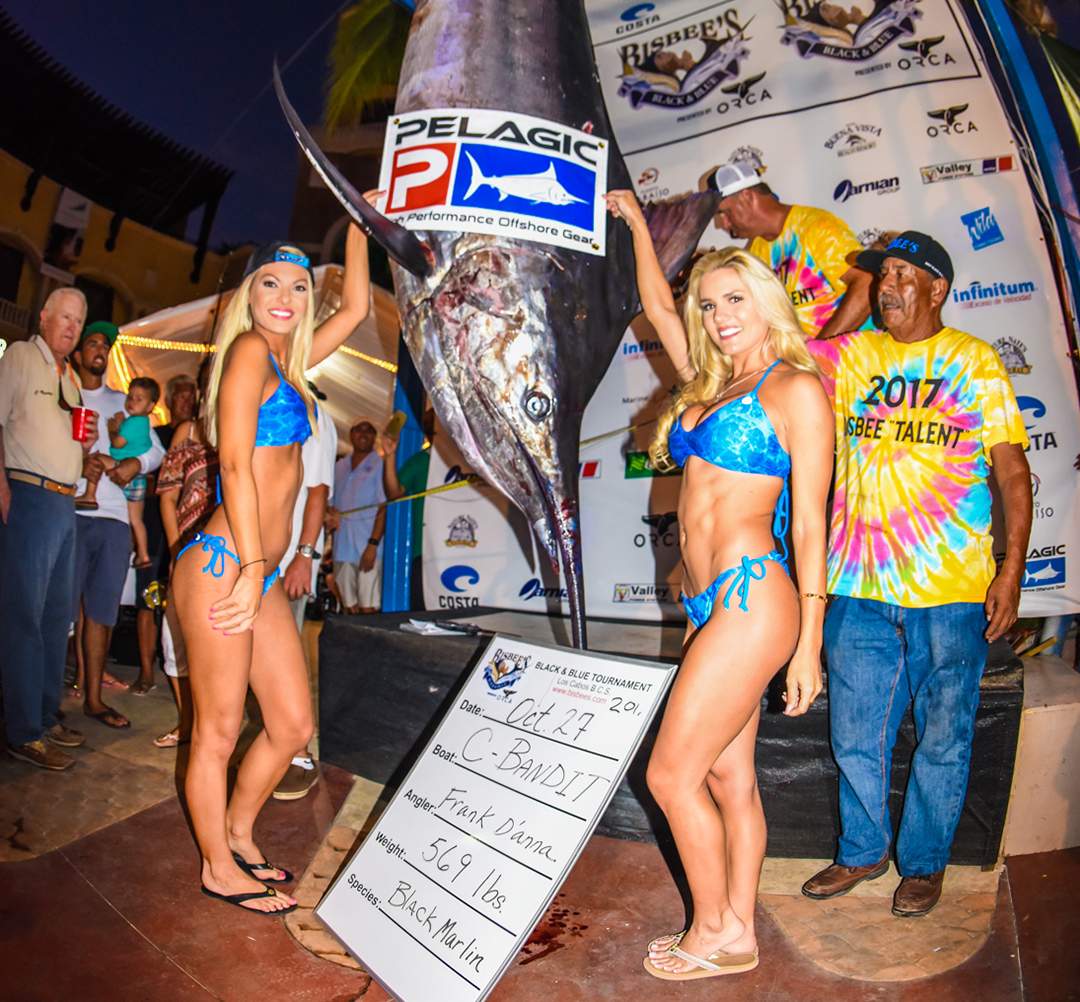 Team C-Bandit weighs-in the largest marlin of the tournament, assisted by PelagicGIRLs Michelle and Marissa, of course

“One hundred twenty teams with 807 anglers accounted for 14 black marlin, 54 blue marlin, 10 striped marlin, and 1 sailfish for a total of 78 fish with a hookup conversion 88%,” said Tournament Director, Wayne Bisbee.

He continued, “All of the fish brought to the scales, regardless of whether they were (300 lb.) qualifiers or not, were donated to Hope for Los Cabos. We’re happy to report that the catch amounted to 11,249-pounds or 33,747 meals which would feed those in need; mainly children.” 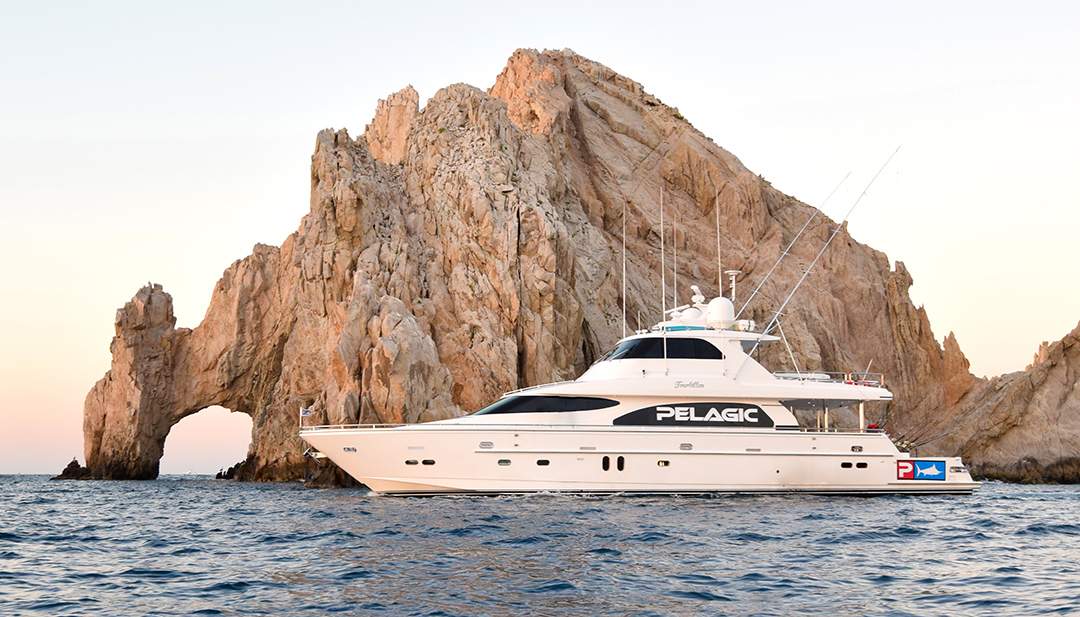 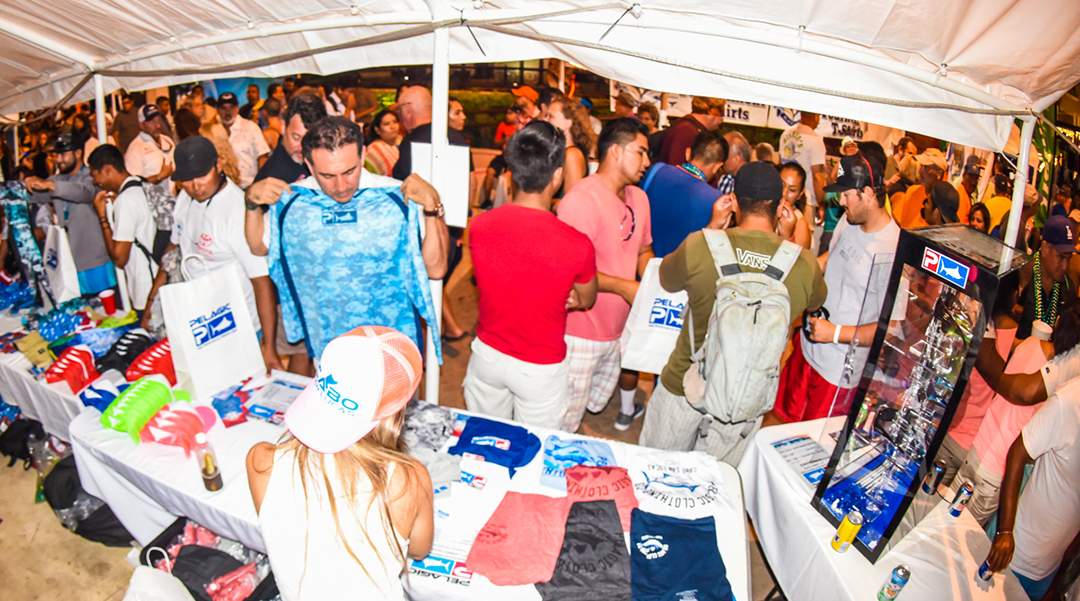 PELAGIC is a proud sponsor and partner of the Bisbee’s Tournament Series for well-over a decade and counting. If you consider an event that draws the world’s best tournament and marlin professionals; it’s no wonder the competition level is so high, the stakes the richest in the sport fishing world, and the atmosphere provided rivals that of any sporting event seen worldwide. We simply wouldn’t miss it and can’t wait to participate again in 2018.

Here's a snapshot of tournament week in Cabo! 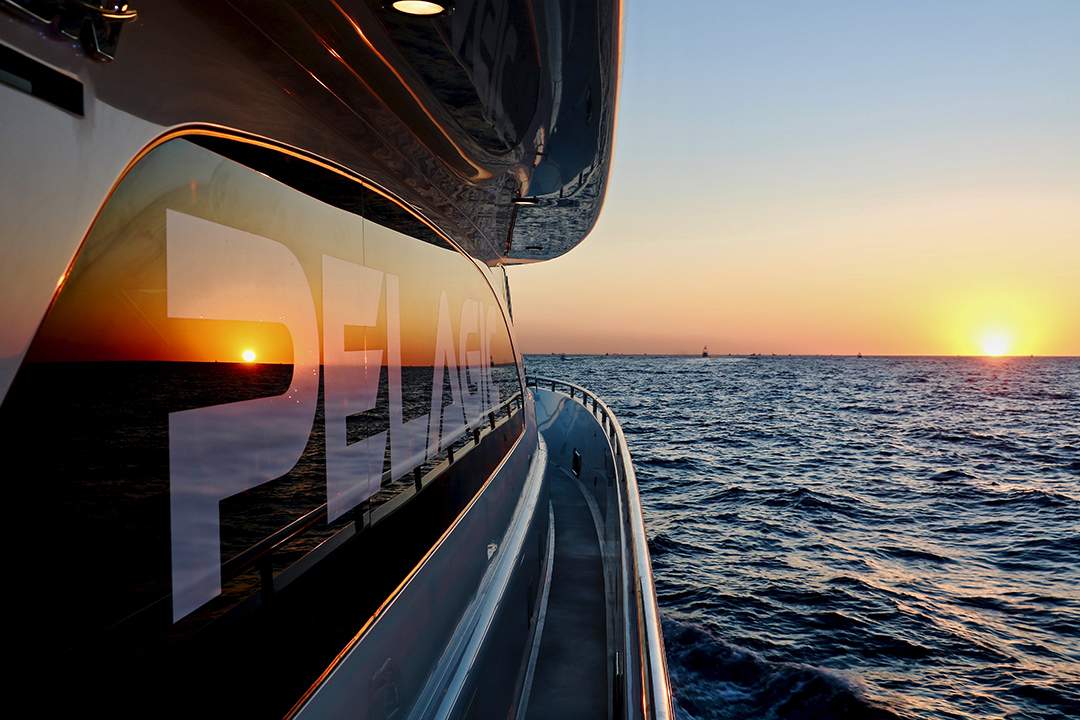 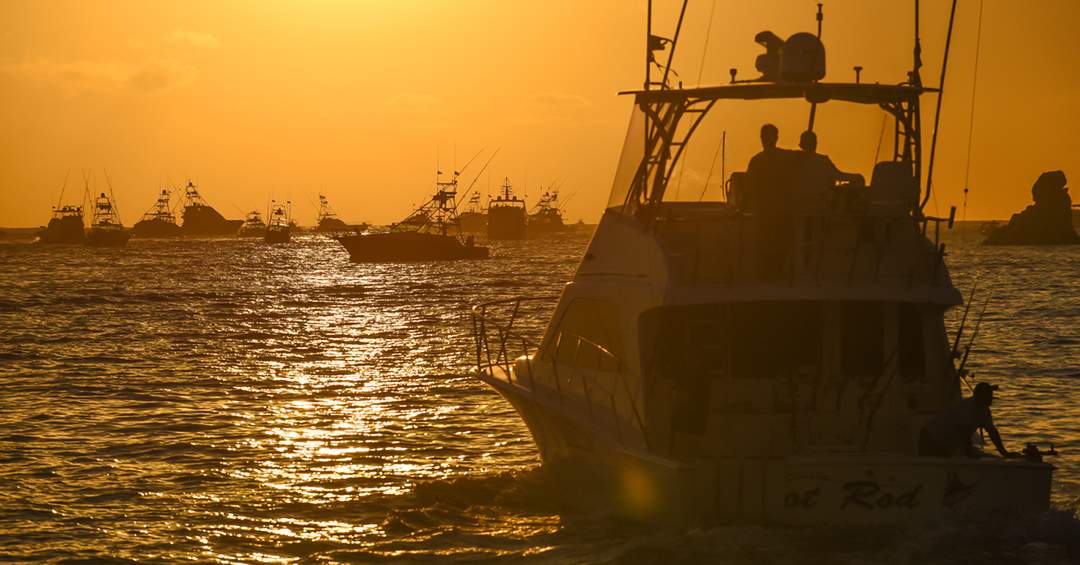 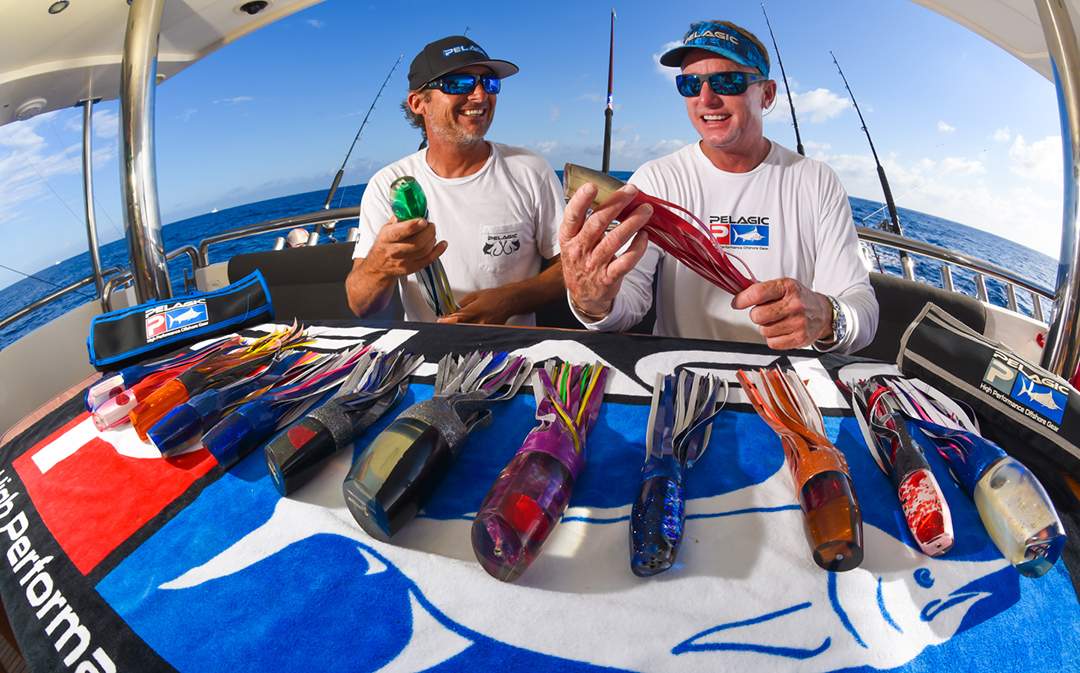 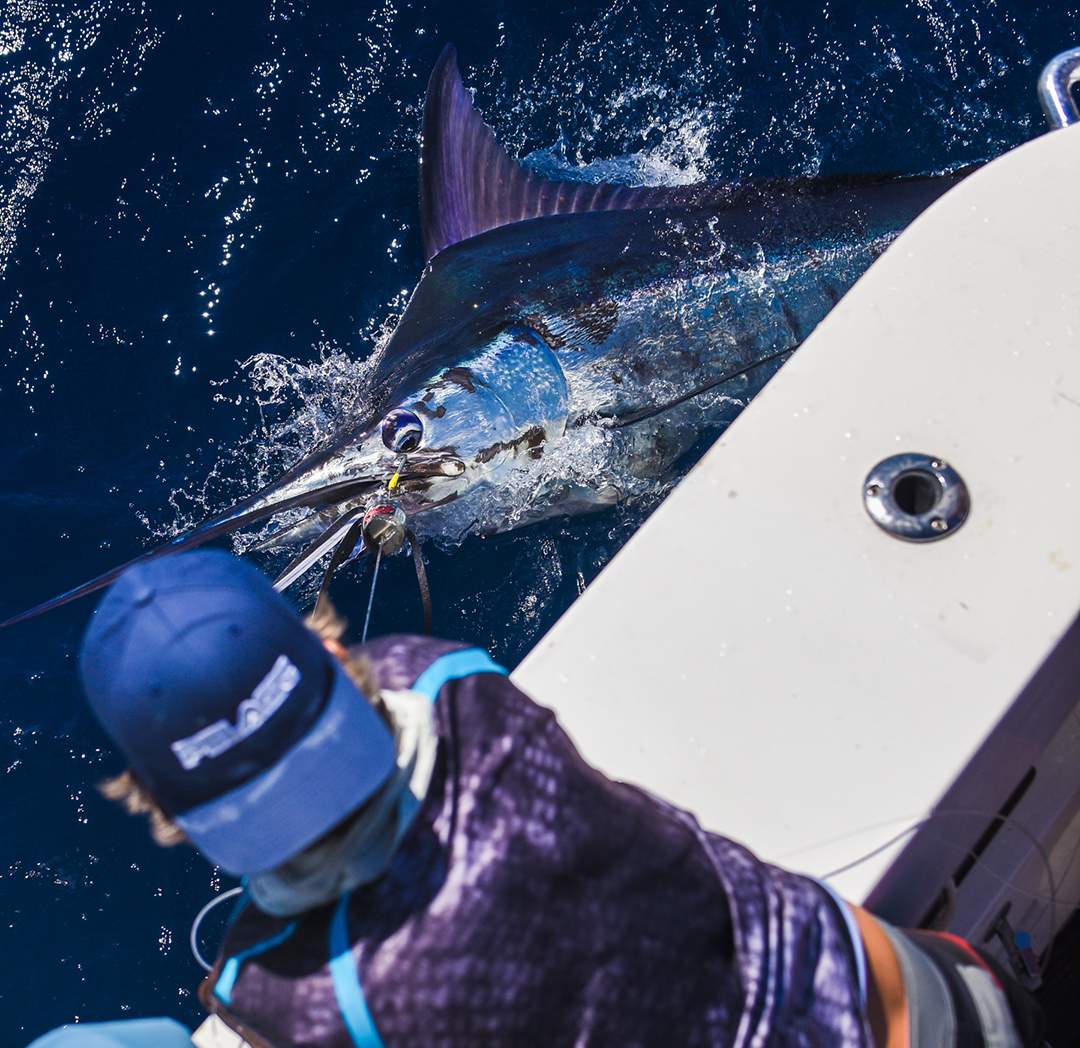 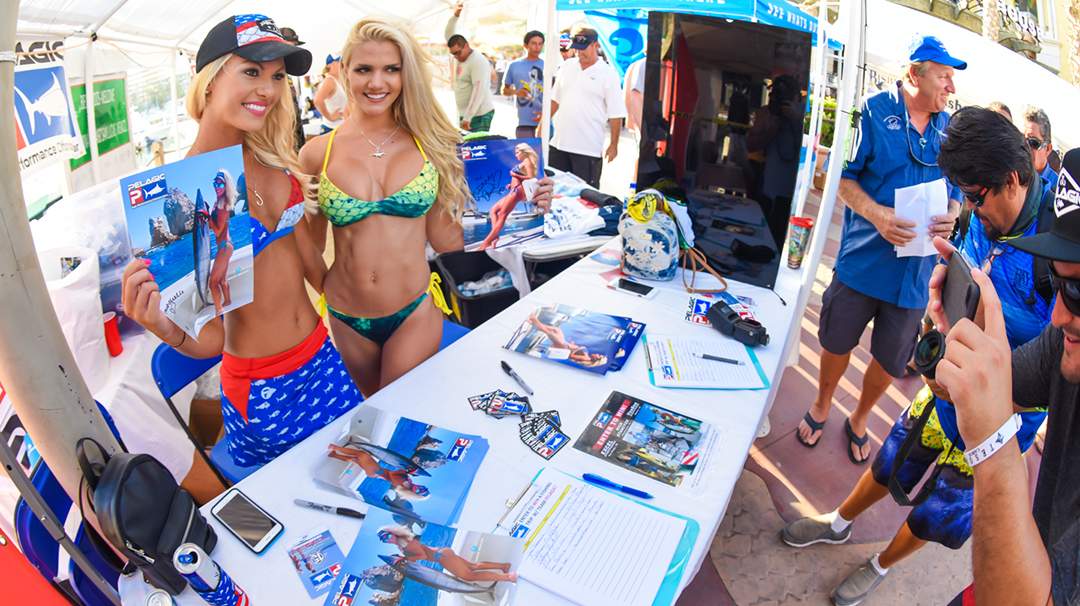 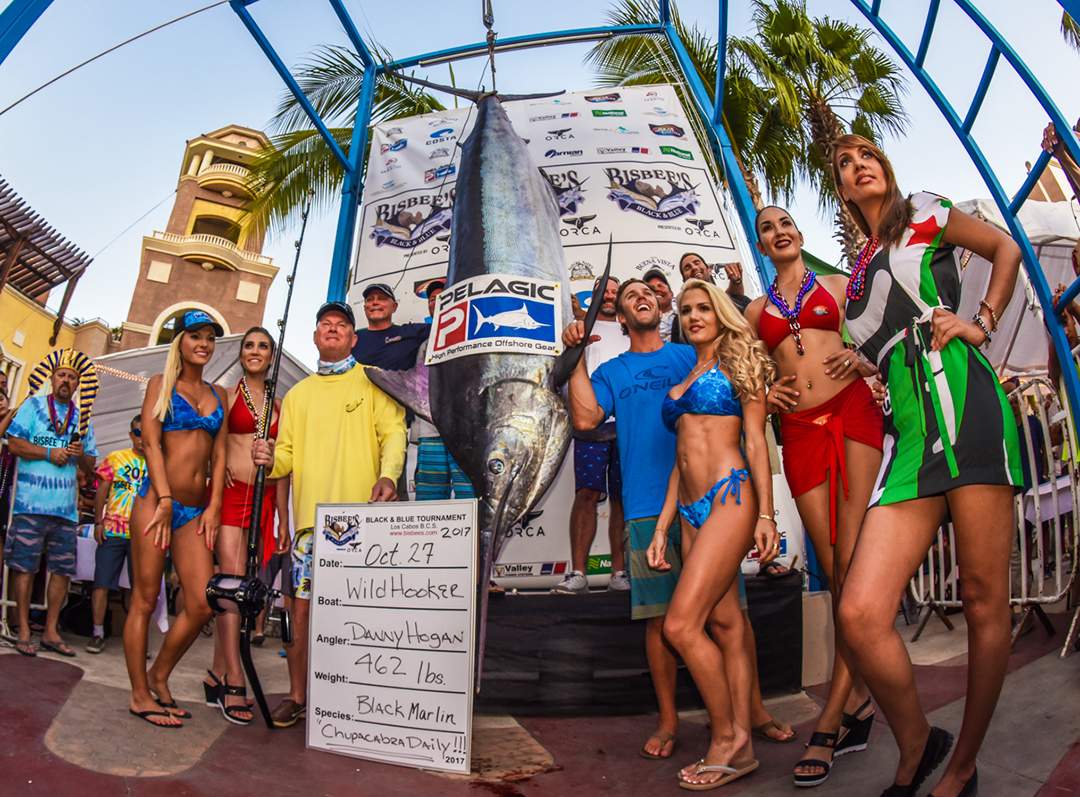 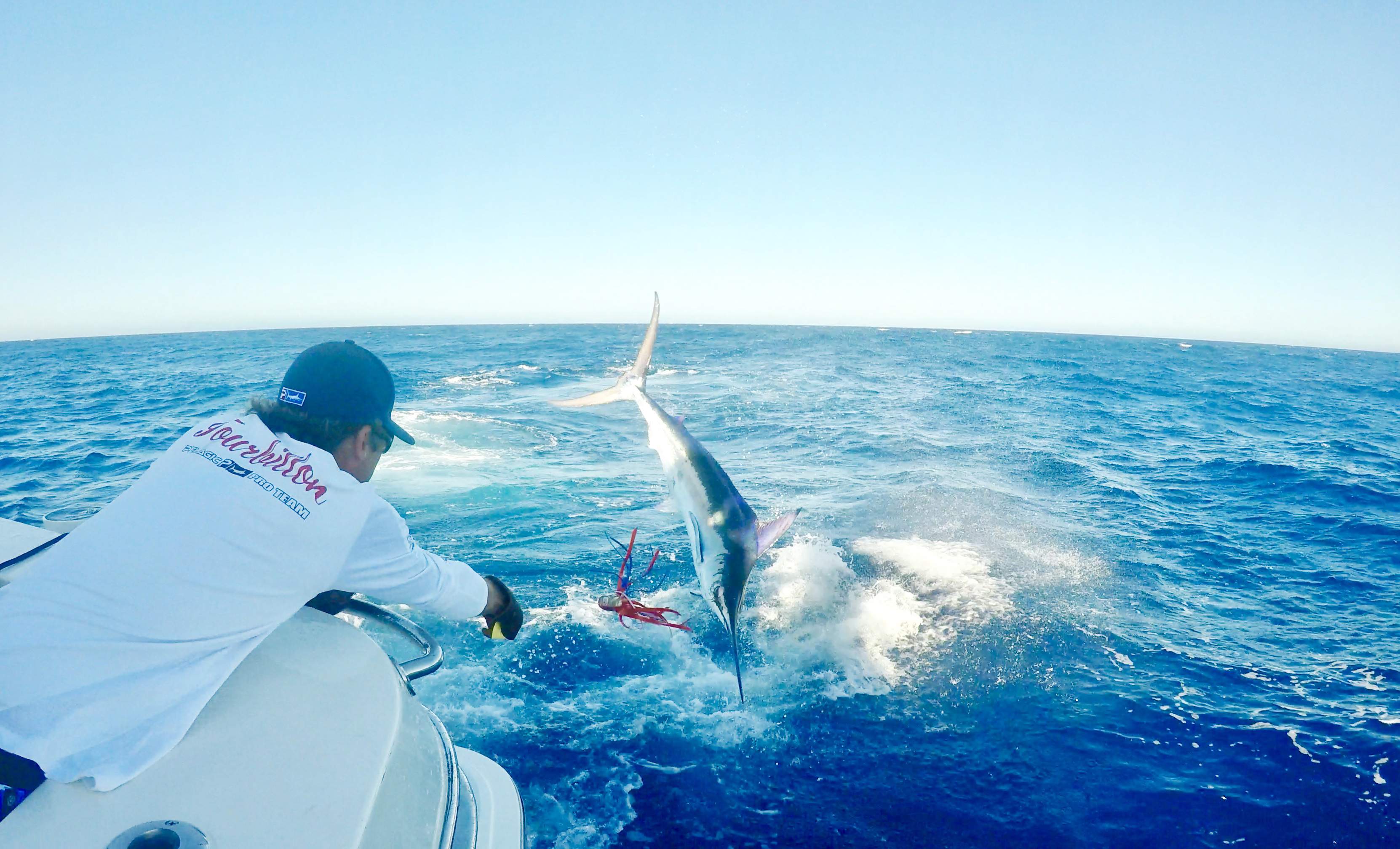 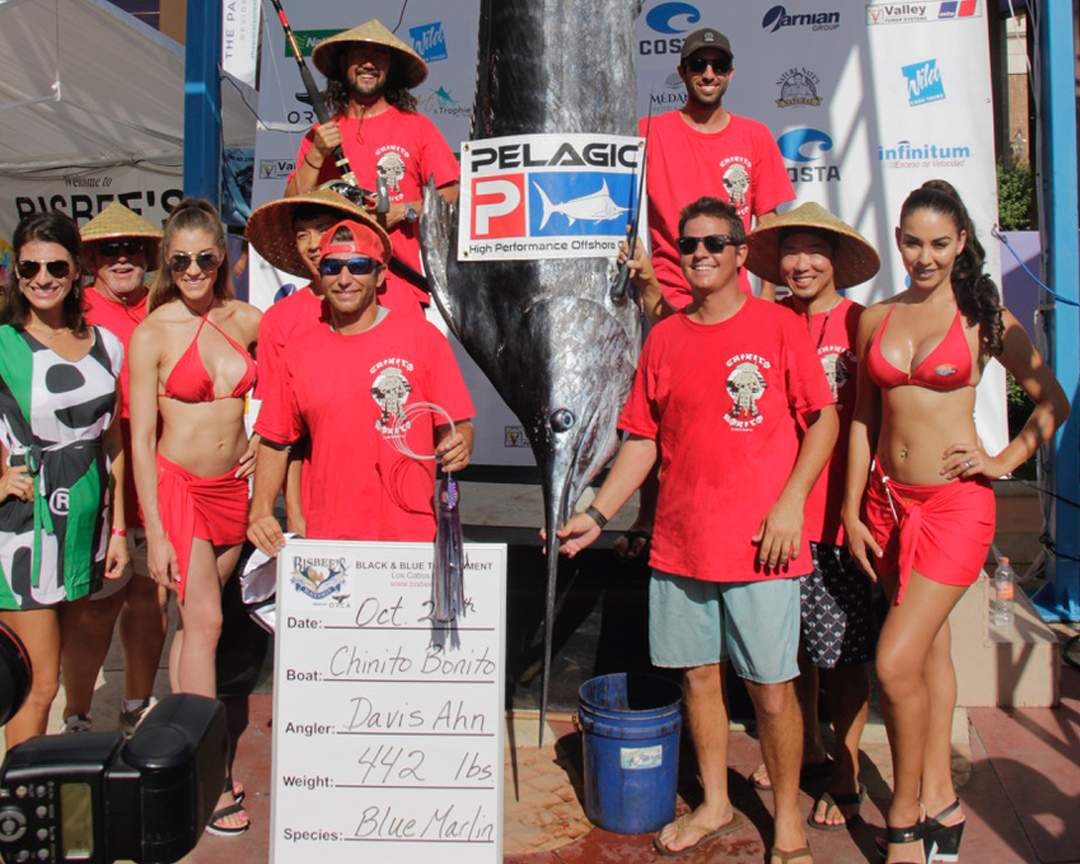 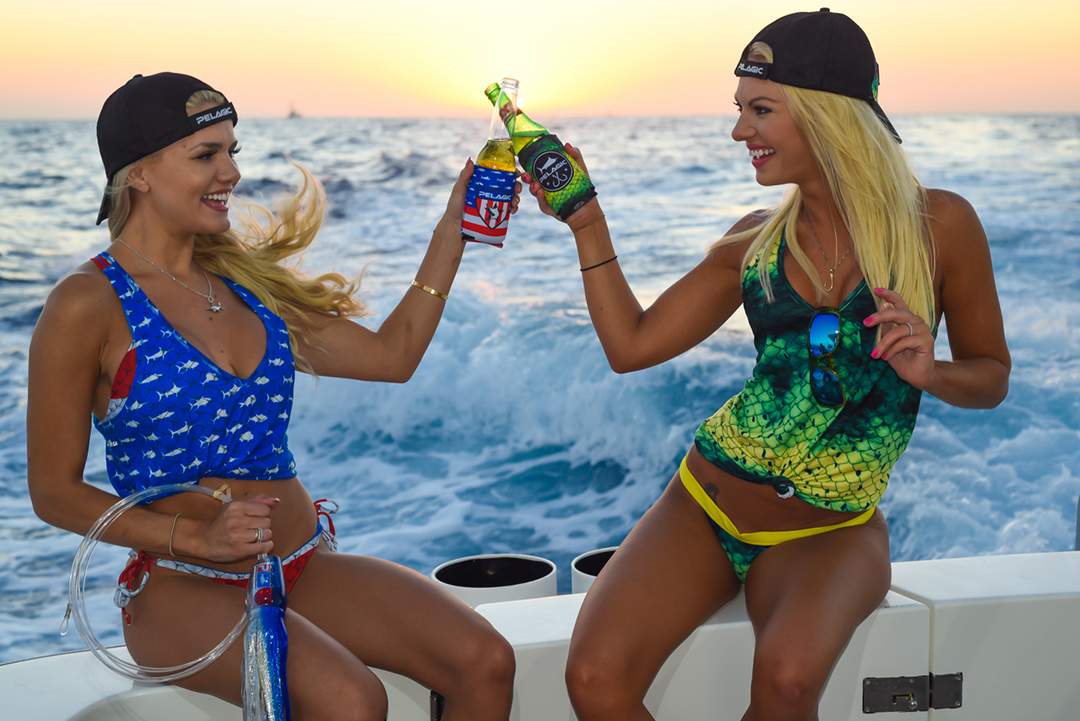 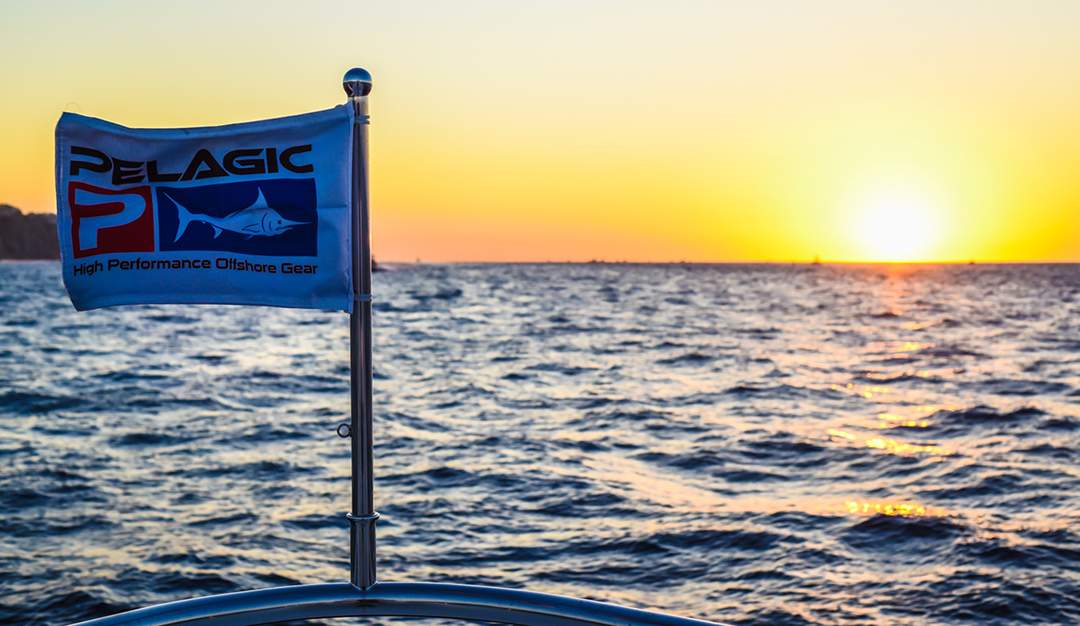 Cheers to another incredible Bisbee's Tournament week in Cabo!