There was a point a week ago in Manzanillo, whilst we were pin-balling between customs offices, immigration, the port captain, cash machines, freighters, port check-in inspections, and public health centers where i came very, VERY close to loosing it completely. I'm not talking temper tantrum - "Daddy i want it now! NOWNOWNOWNOWNOW!!!" spazz out here. No. I'm talking complete chernobyl catastrophic meltdown of biblical proportions type chit where thoughts of picking up our customs officer and launching her up and over the side of the freighter and into the fetid waters of Manzanillo Bay where hopefully she would disappear into the murky depths for good kind of evil fantasy.

Needless to say there were a few hiccups during the boat importation process, but with Ben and mine's skills in adaptive creativity we managed to pirate our way through another somewhat sticky situation. I could go on, but i'd rather just forget those few days entirely in lieu of what's coming next.

We snuck out of Manzanillo late monday night of last week and b-lined it for PV where Steve and Gerald were flying in to meet us. It was a mad race to get the boat up to PV, offload the 15 tons of supplies and spare parts we had stuffed aboard, and at least partially clean her travel weary decks up before the boys arrived. At one point i think we had over a dozen people spider monkeying around the SALTY. It certainly takes a village around here.

I can't speak for the rest of the boys, but the feeling of untying the lines and hammering the throttles towards El Banco for the first time with Salty put a smile on my face that morning that has been impossible to erase. After all of our epic adventures over the years it's hard to imagine that the level of adrenaline and excitement is still as fresh and powerful as it was way back when all of this madness first started. But it most certainly is. I stop eating, stop sleeping...surrendering myself completely to the need for the next bite. Maybe we're not going mad. Maybe we're already there.

It took all of four seconds to make bait at the banco and as the nervous, jittery skipjacks went up in the riggers and the volume went richter on the surround sound system something in my soul told me it wouldn't be long.

I turned Salty towards the most northern ridge on the bank and as the clouds of meter marks invaded the side scanner the right rigger bait catapulted out of the water in a frantic attempt to outrun the demon bearing down on it.

"RIGHT RIIIIIIIIIIIIIIGGGEEEERRRRR!!!!" I screamed as the bait twitched once, twice, and then imploded as a monster yellowfin took the muzzle off and made the lights go out in a large and messy way.

Steve wrestled the rod from the gunnel and into the harness as a very pissed off fish made for the horizon at a rate of unimaginable speed.

The boys sprang to their stations, clearing lines and positioning Steve for the battle ahead. I patiently waited for them to clear the remaining two baits and then hammered 63 feet of opulence backwards in pursuit of the fish. Nothing, and i do mean NOTHING, makes me feel this alive. Starship Enterprise, great friends, home waters, and big mother fucking fish. AMEN!

Steve's no stranger to big tunas and the practice he's been getting in Gloucester lately on the bluefin has certainly been paying off. He looked comfortable and fully in control in the stand up gear, putting maximum pressure on a fish that was hell bent on going in any direction but towards the boat. As usual, Steve's patient, diligent work on the equipment was flawless and in less than an hour we had 240#'s of tuna swimming towards the gaffs. Watching the boys go to work on that fish is enough to make any captain of caliber proud. We have an excellent team, and i am grateful for it.

I think we were all in a kind of stupor when that fish hit the deck. Did we just....? Steve's first fish on the new boat in the Pacific? Could somebody please tell me how it could possibly get any better than this??? Cinderella story, rabbit out of the hat. It was nice to realize that our crew's still got it, i'm not gonna lie. We are, as i'm beginning to fully appreciate, some of the luckiest sonofabitches on earth.

Congrats to Steve who, above all else, deserves those moments over and over again.

The trip took on a life of it's own from there on out. The fishing overall was quite slow but with that kind of mojo behind us we couldn't be stopped. We managed another 200# class fish the following day, some smaller models on the kites and balloons, pargos, and seaturd heaven. Gerald was seaturd snake bit for a while there, but shook off the curse with a nice 175# class fish two days ago.

The past 6 days have been a blurrrrrrrrr of new baby excitement. We've fished from one side of the pond to the other and caught a lot of memories along the way. There's a million and one things to convey but i'm just past the point of trying. There's just toooooo much to cover.

We did discover a new fishery down here this trip. We decided to do some swordfishing the other night and set off for one of my favorite canyons. First bait in the water down at 300 feet and not two minutes later we have a screaming reel and doubled over rod. HUH?!?!?! No way....

Steve jumped to the harness once again and the battle ensued. We were all more than a little surprised to see a 100 plus pound thresher shark come up in the lights. Not the swordfish we were looking for but HEY! we'll take it!

Ok back out go the baits and not ten minutes later ZZZZZZZZZZZZZZZZZZZZZZZZ another thresher, this time for Gerald. We decide to release this fish and for the next few hours it was bite after bite until we finally succumbed to sleep for the night. I know with all of those threshers around it's only a matter of time before we hit the swordfish jackpot!

Well...i guess that's it for now. I'm scrambled inside and out. If you can imagine it we did it over the last 6 days of non-stop adventuring out there. Surfing our private island right hand magic, big fish, new boats, crazy ass crew and no shortage of shenanigans to go around. 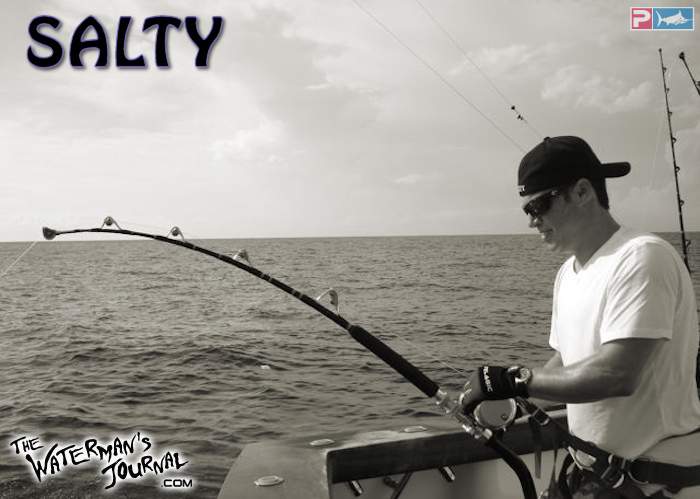