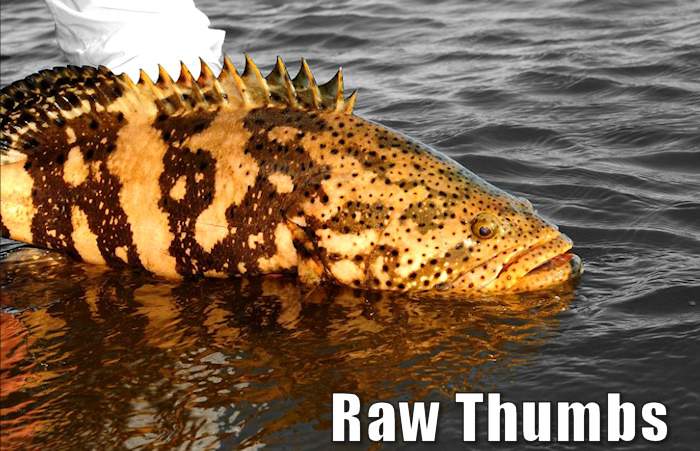 If you can find a current rip in Whitewater or surrounding bays, you will find fish... fishing current rips is a very effective way of targeting gamefish without having to work miles of shorelines. Snook, Redfish, Trout, Tarpon and Grouper regularly use areas with current rips as food supply stations and when conditions are right, they will flock to them like clockwork. Some of the rips I fish are time sensitive, where the tide has to be flowing good first thing in the morning and others are sensitive to water levels. Understanding the conditions that make the spot right is only half the battle... approach and boat positioning for effective casting coverage is the other half. In all cases, it is critical to stake-out up current, just close enough to target the beginning lee edge of the rip and moving the boat up further only when you have covered the area several times. The fish will line the lee side of the rip and where the rip dumps into either a basin or cove, waiting for bait to get flushed to them.

During the Winter months in Flamingo, more fish push into Whitewater and surrounding bays in search of warmer water and food. It's a great time of year to invest in expanding your knowledge of the Flamingo Back Country... the rewards can be bountiful.

With the exception of the first two real cold days just before Christmas, the bite has been exceptional. Before that front, the fish were very active all over the Park and after those couple days of transition, they went right back into feeding mode. We've successfully targeted them on the Florida Bay Flats, in the muddy water of East Cape, in the clean rivers from Ponce Inlet North and all over the back country. As is always the case, wind direction and water clarity determine each days' route... it's hard to pick a bad direction right now.

The Evans crew made the trek down from Jacksonville a couple of days before Christmas... it was Dad's big Christmas surprise for his two eldest sons. The bite a couple days earlier was tough and the weather prediction was not very promising, but they ultimately listened and arrived bundled up, ready to fish. We stopped at a current rip close to the Shark River first thing and got into a serious Gag Grouper bite... they caught several each and were taken to the house a couple of times by fish that simply overpowered our tackle. With the wind shifting to the NE and a decent outgoing tide, the water on the Coast cleared up just enough to allow us to net a ton of good sized white bait. We worked our way North, hitting points, bars, creeks and submerged trees... the boys had very little down time. Most of the time they were doubled or tripled up with Snook and Redfish... it was truly nonstop action. After we reached our Northern limit we headed back South of the Shark to work the middle of a good incoming tide and we immediately got back into the action. Except the fish grew... Snook to 31" and Redfish to 34". The fish were making up for a couple days of hiding out... and the Evans crew didn't give them a break. After the tide on the Coast died, we headed back into Whitewater where they caught too many Trout to count... and at the last stop, before the sun sent us packing, little Hunter Evans caught a baby Tarpon to put a Grand Slam in the books. The boys piled into their Dad's truck exhausted... with grins from ear to ear and very little skin left on their thumbs. It was a great day! 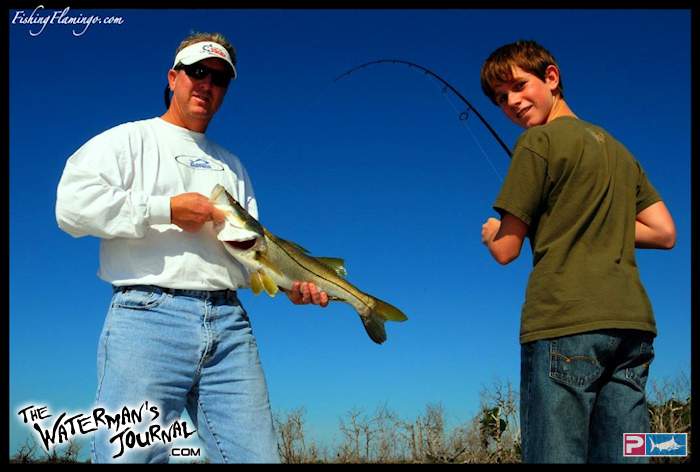 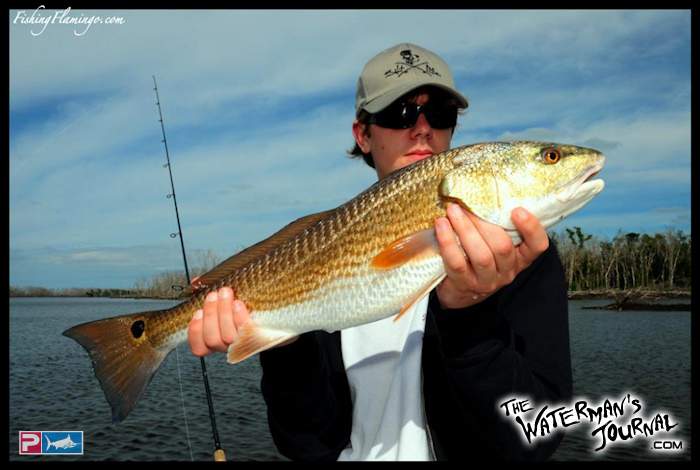 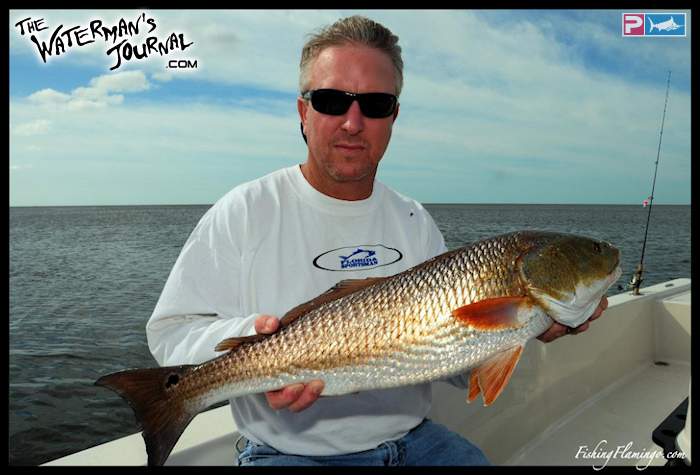 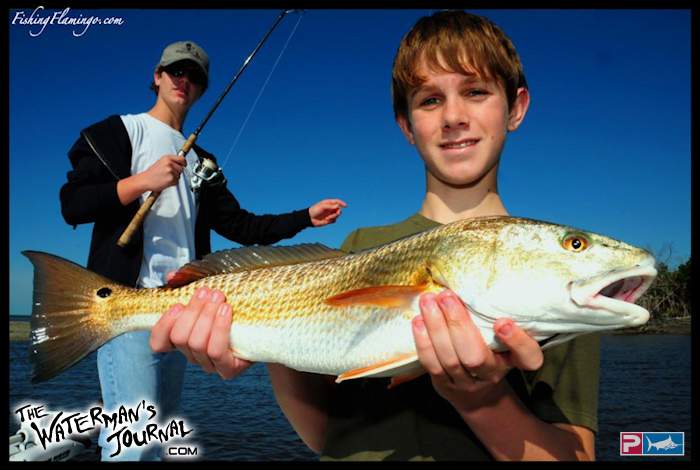 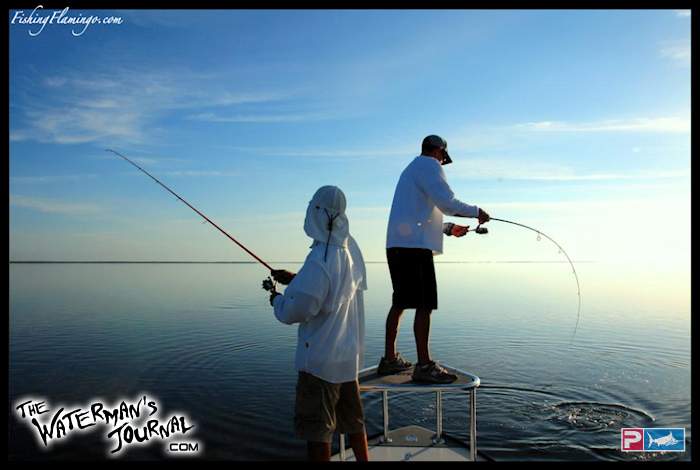 Mike and Scott were back at it again... doubled up 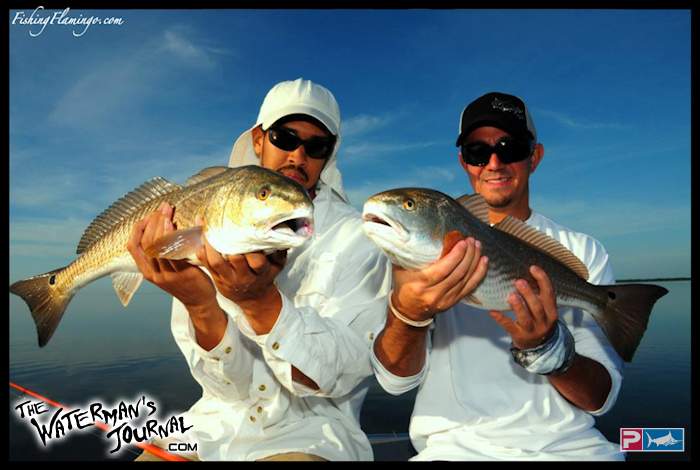 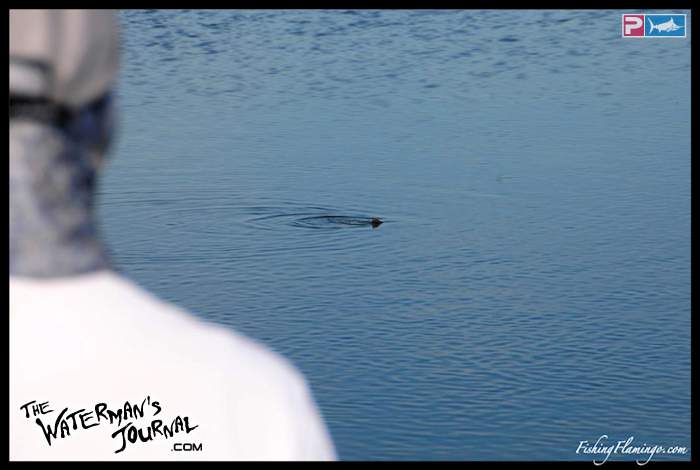 We had waking and tailing fish all over is in the morning... 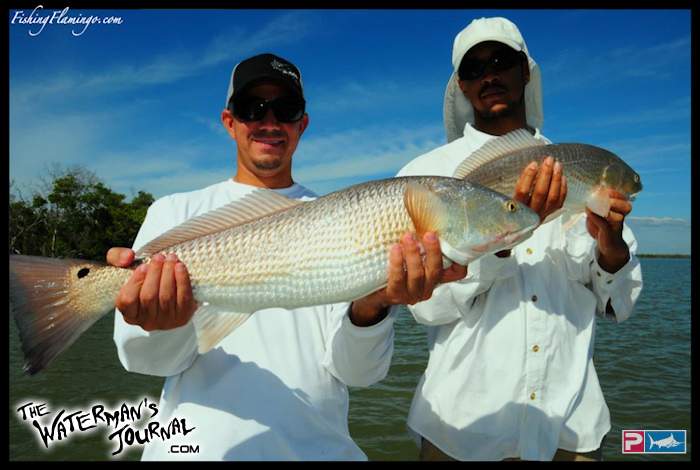 Then, we hit the coast for a bunch more... another double 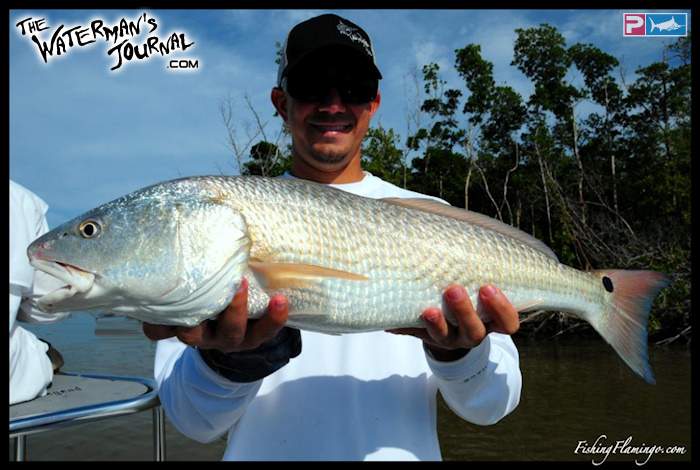 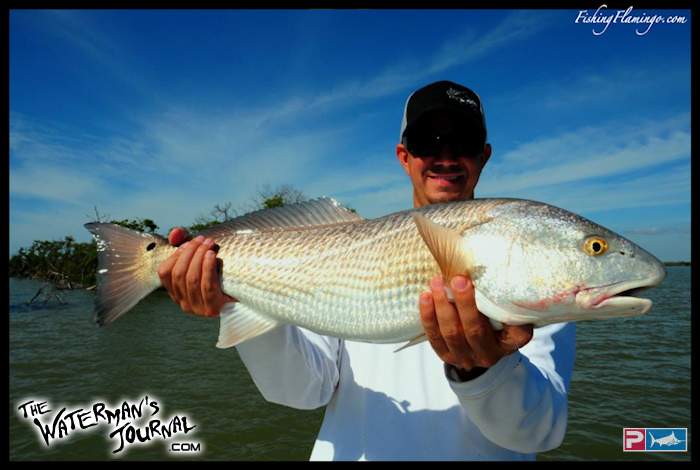 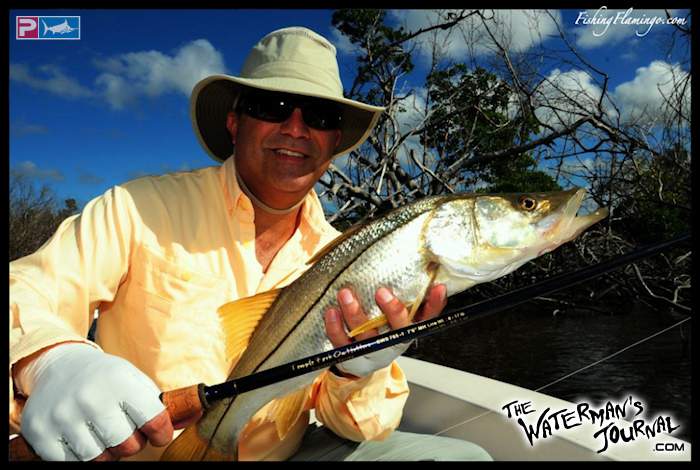 We got to test a couple of the new Signature Series Spinning Rods from TFO... I was very impressed! I will be retiring my Loomis' rods for this more economical equivalent. If you're interested, I will have a complete review up on my site within the next week. 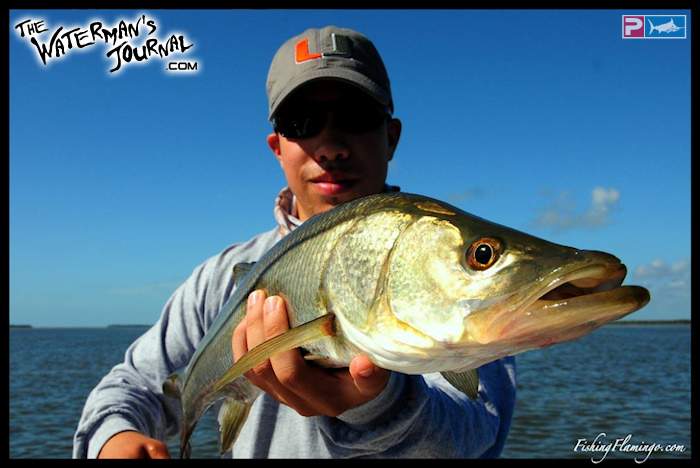 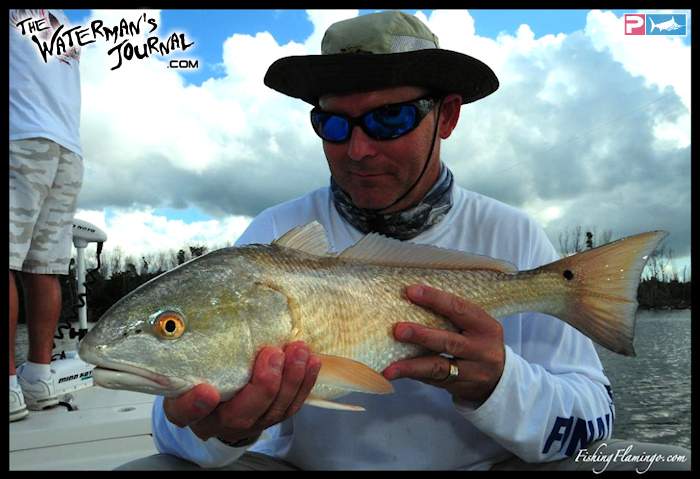 Mike and Chuck had a great day up the Coast... many firsts and lots of quality fish. 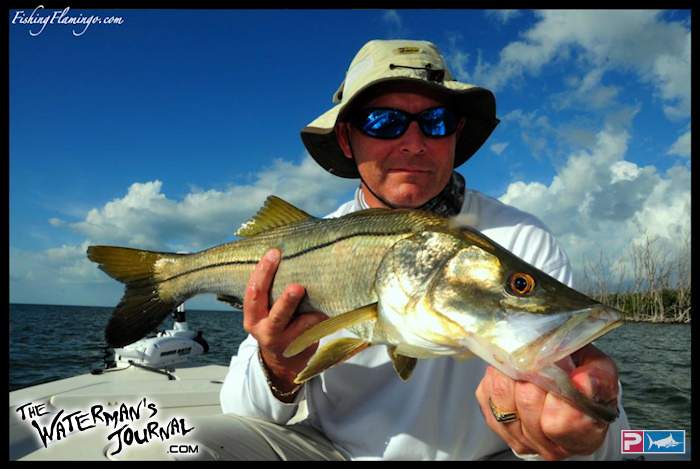 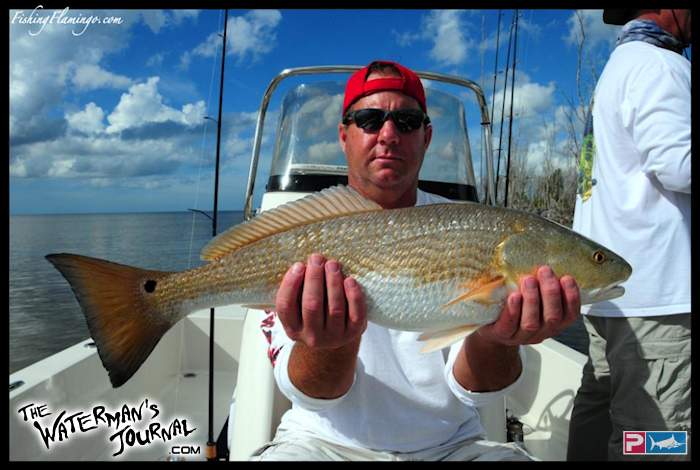 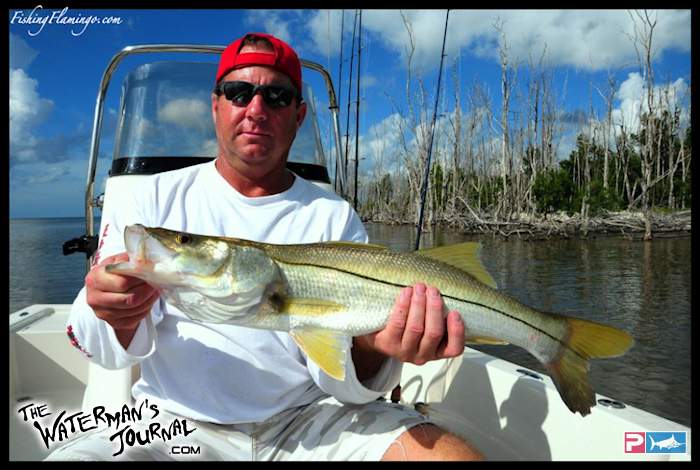 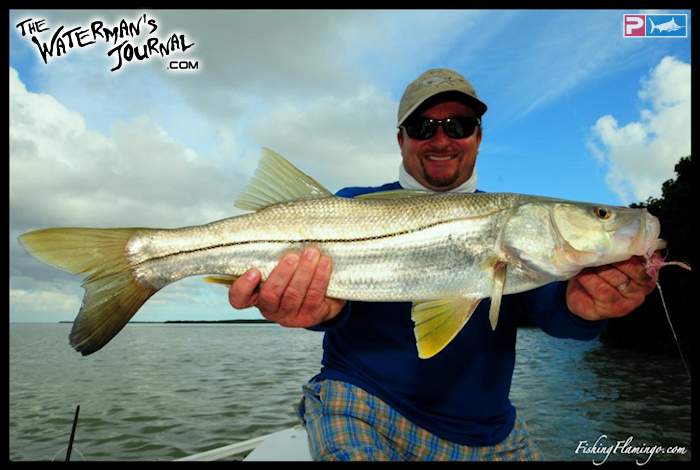 Lance Benson and Charles Foschini got out before a big front and had a phenomenal day. We jumped a large triple digit Tarpon first thing and then banged out 15 or so decent Snook up the Coast before they absolutely cleaned house in Florida Bay. Lance landed this Snook on fly in the middle of an insane Snook feeding frenzy. Charles managed two large Redfish in the middle of all that Snook madness and we called it a day after he was nearly spooled by an unknown beast. 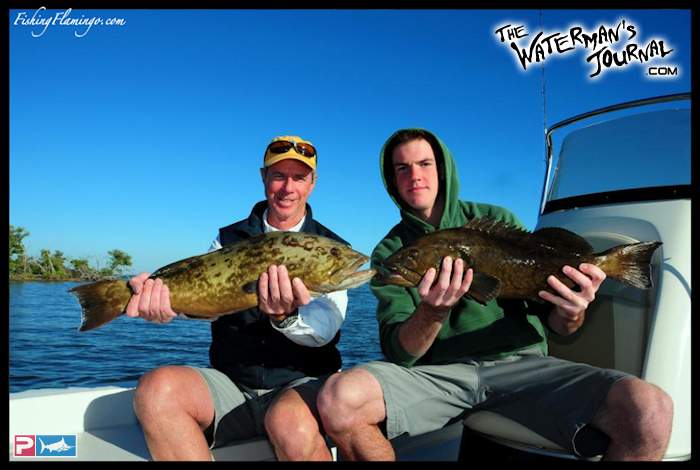 Duke and Charles had a good Gag Grouper day... and mixed in a few nice Snook, Redfish, Trout and Sheepshead. 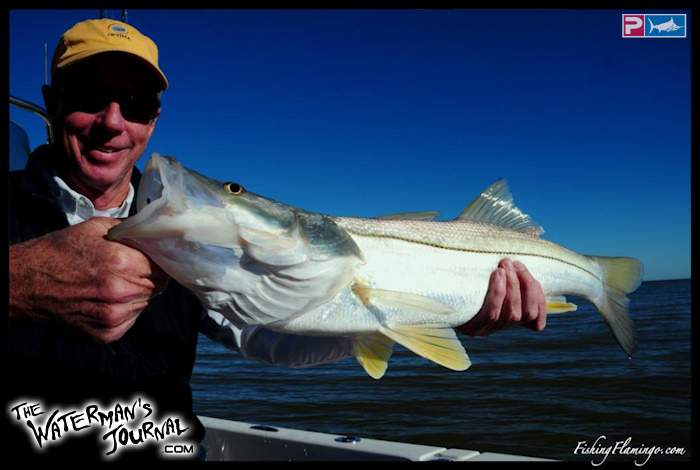 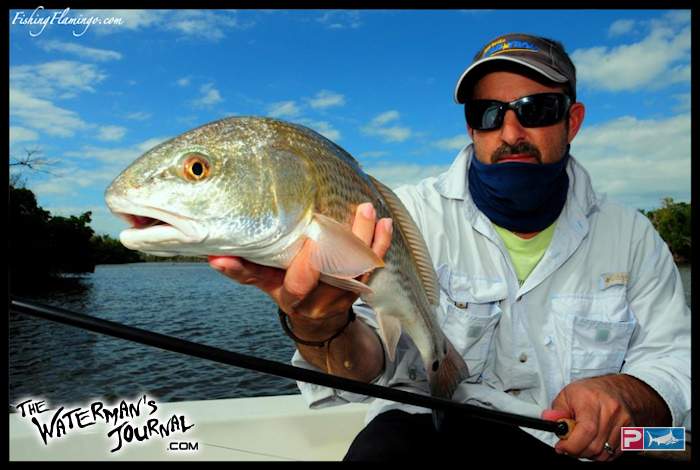 Mark treated his Dad to a day in the Park and they had a great time... Snook, Redfish, Gag Grouper, Trout and Goliath Grouper. 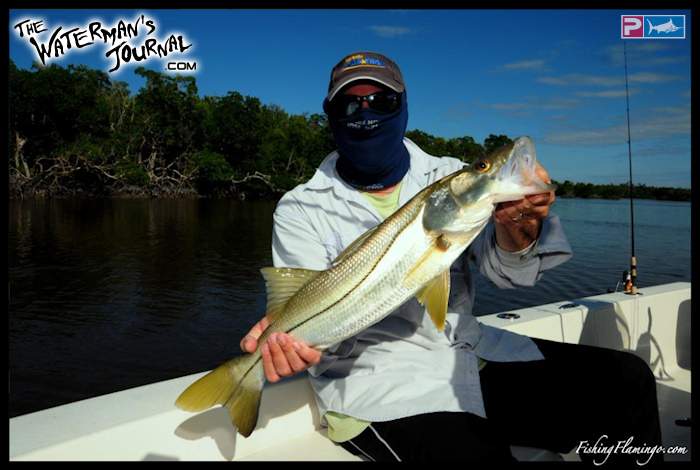 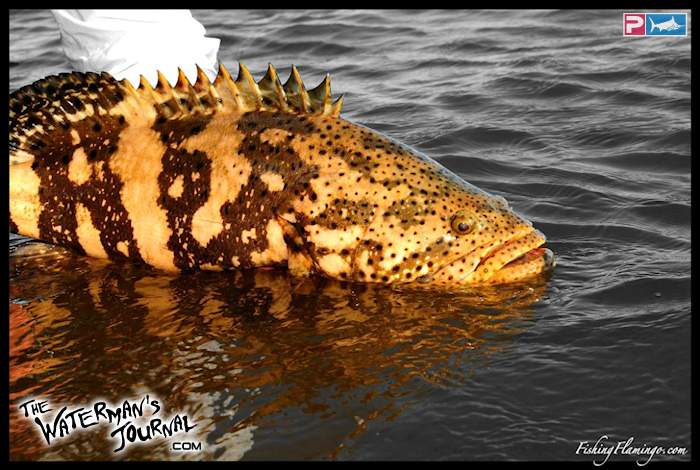 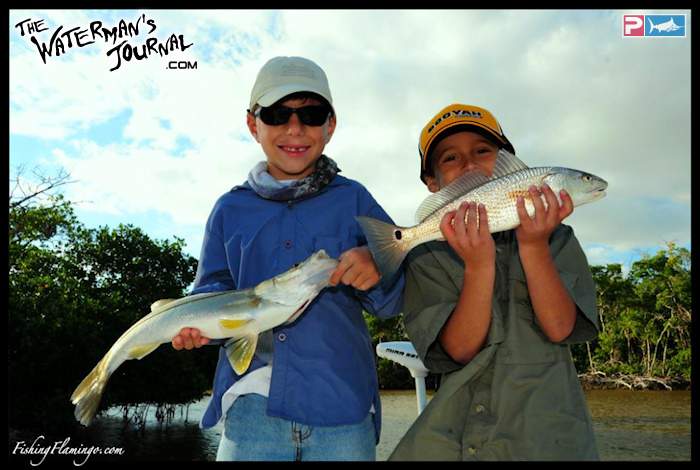 Tommy Jr. and Rocco were true diehards... fishing from sun up to sun down. This was easily my favorite trip of the year... the boys caught everything, including a ton of Snook and Redfish at the end of the day to register their first Back Country Slams! Booyah, Rocco! 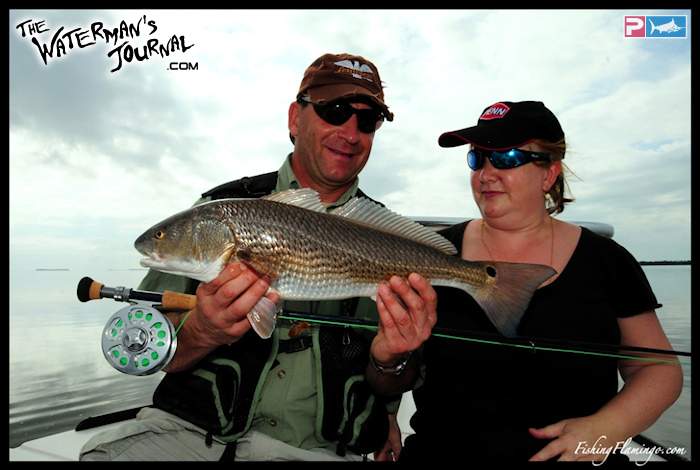 And, on the last day of the year, I poled Pascal Grillot of Pure Fishing around the Florida Bay flats, as he dropped flies on tailing Redfish after tailing Redfish... We had very poor visibility, but it's hard to miss big golden tails waving you down! It was a great time, Pascal... looking forward to our next trip. 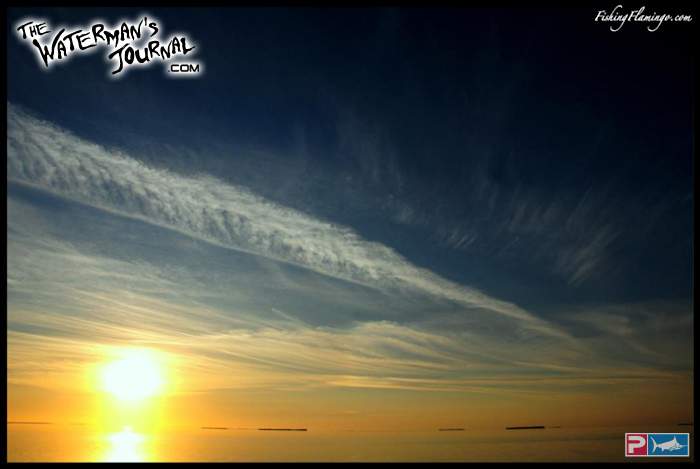 The sunrises and sunsets have been pretty darn amazing. 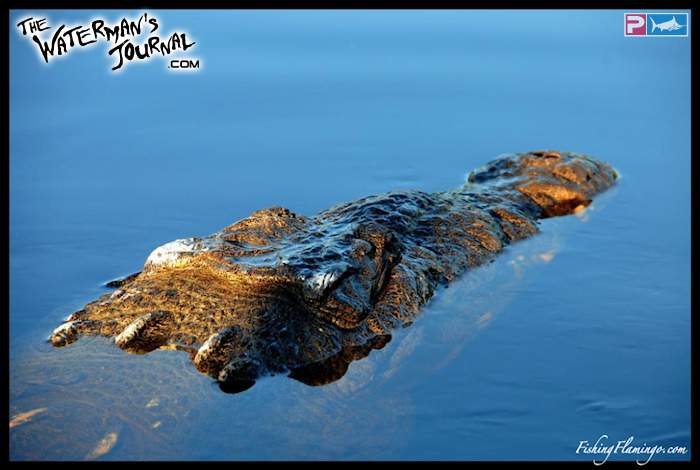 Even this Old Salt was impressed.

For more info on Everglades fishing and booking a charter with Capt. Benny Blanco, click the banner below