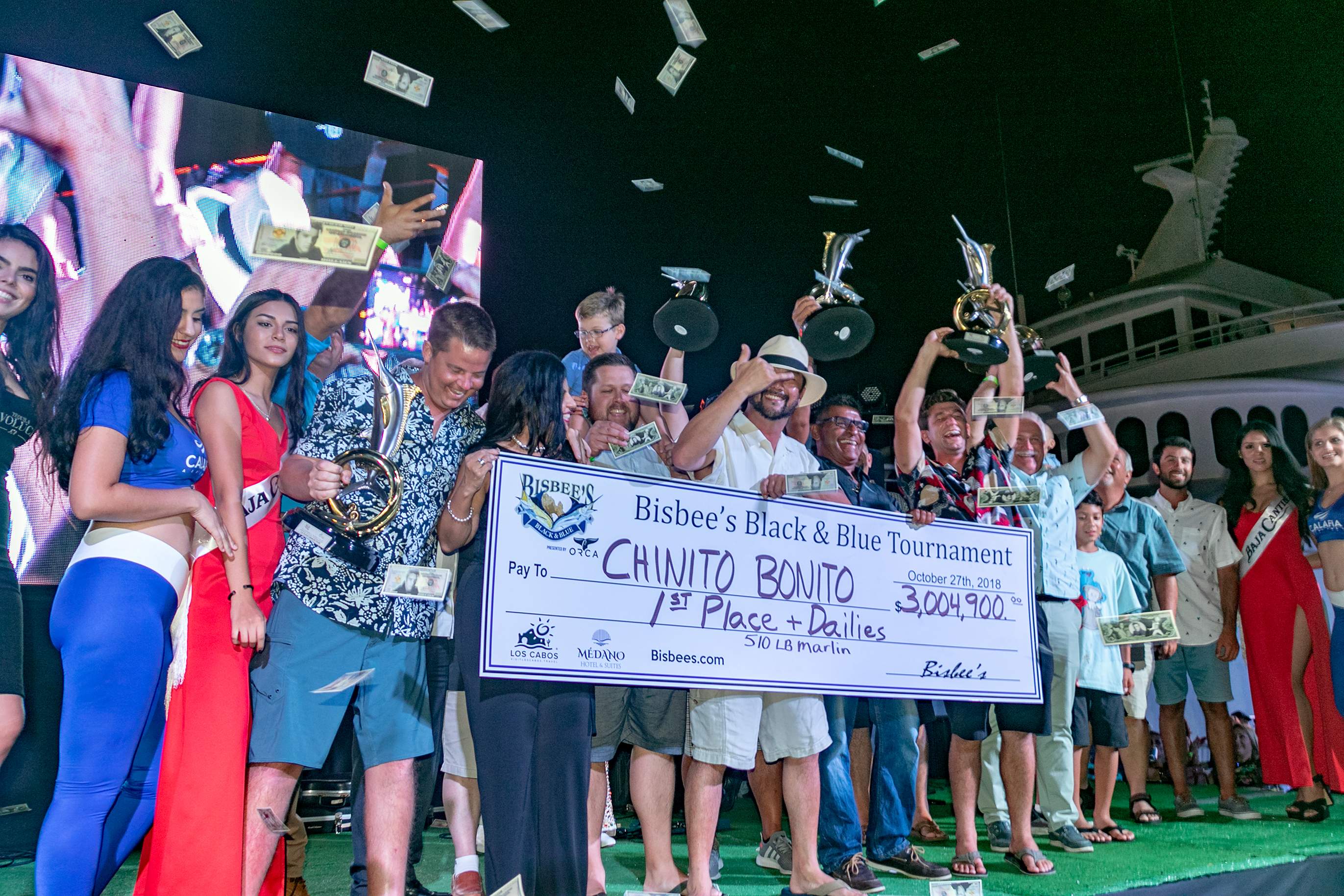 This grand payment is the second largest in big game sport fishing tournament history; second only to Bad Company ’s winnings of $3,902,997.50 during the 2006 Bisbee’s Tournament. 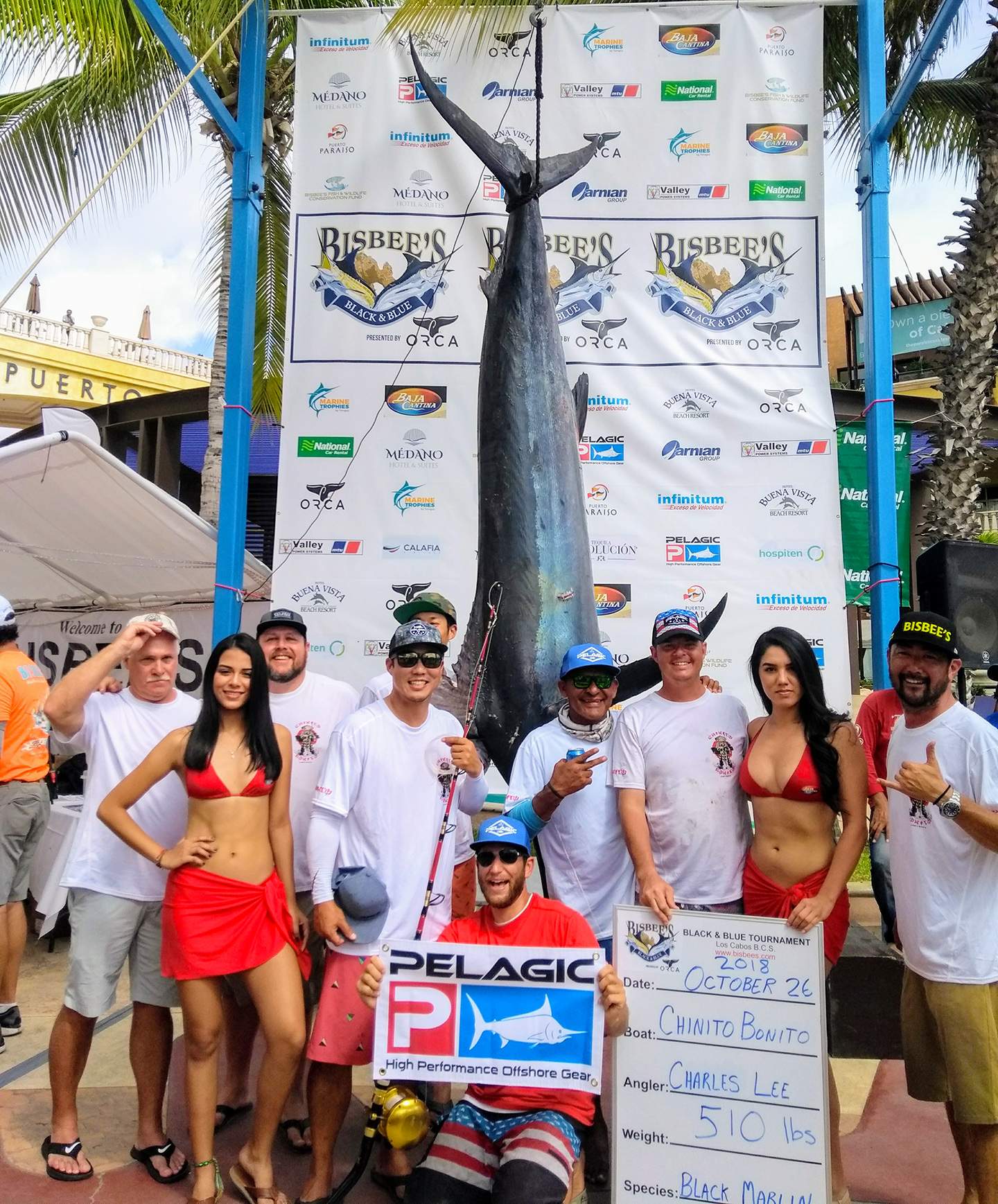 The fight lasted 1-hour and 37-minutes before angler, Charlie Lee (San Diego, CA), and the Chinito Bonito team were able to boat the fish. After landing the giant black, they headed back to the weigh station in Marina Cabo San Lucas where their qualifying catch (300+ lbs.) was confirmed in front of a raucous crowd of eager onlookers.

Standing room only during the grand weigh-ins 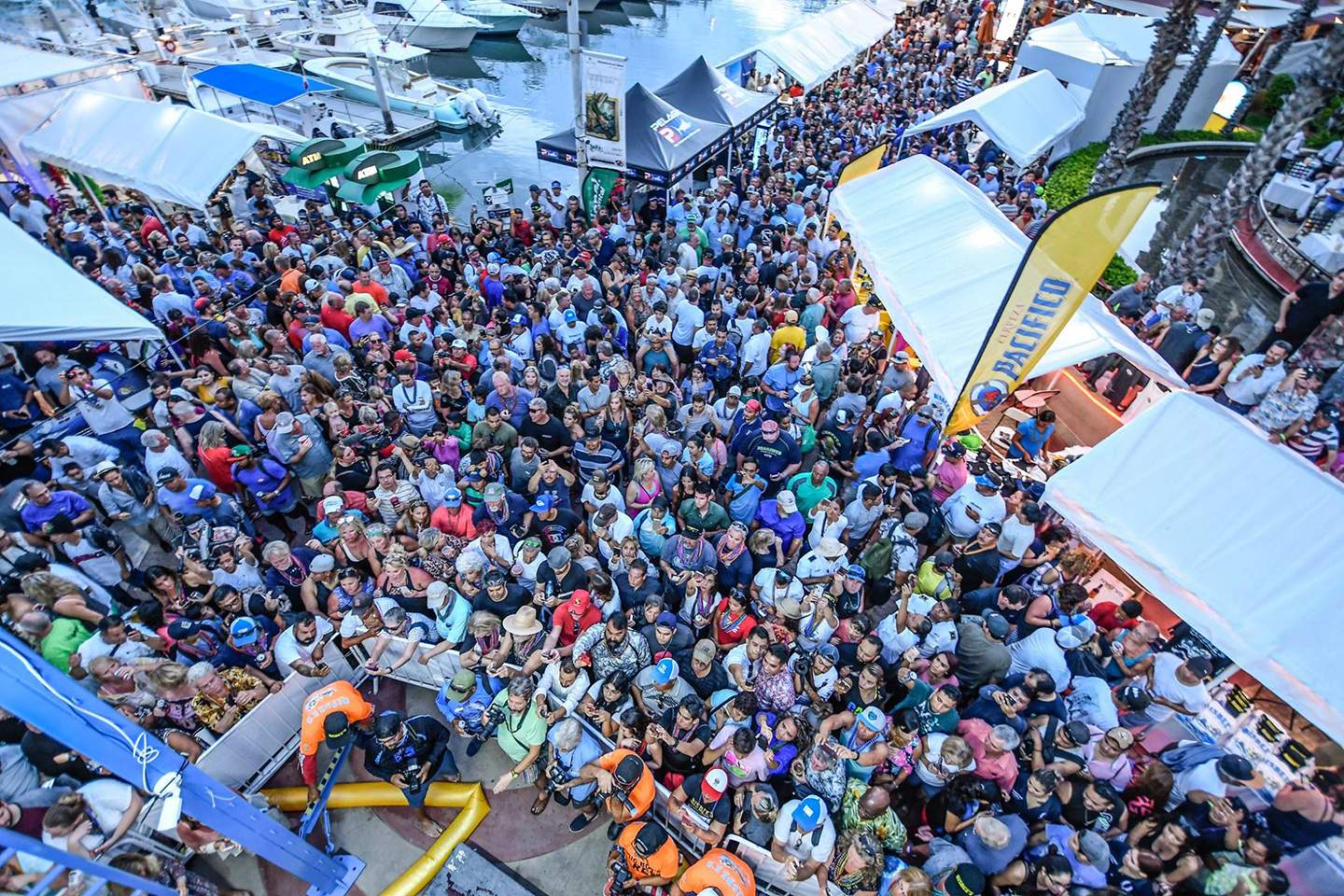 This was the second tournament season that PELAGIC Pro Team Captain, Evan Salvay, steered the 40’ Cabo Chinito during the Bisbee’s events.

Speaking about their tournament-winning marlin, Salvay stated, “We got the right bite this year – we knew she was ‘THE ONE’ right away.”

He continued, “It was a true testament to team effort. Our crew did a fantastic job as always and stayed calm even after we saw the fish knowing she was a potential qualifier. I couldn’t be happier.”

The shotgun start is always filled with excitement as 100+ boats shoot out of the gates hot in pursuit of Bisbee's blue or black gold! [photo: Jaime Llaca] 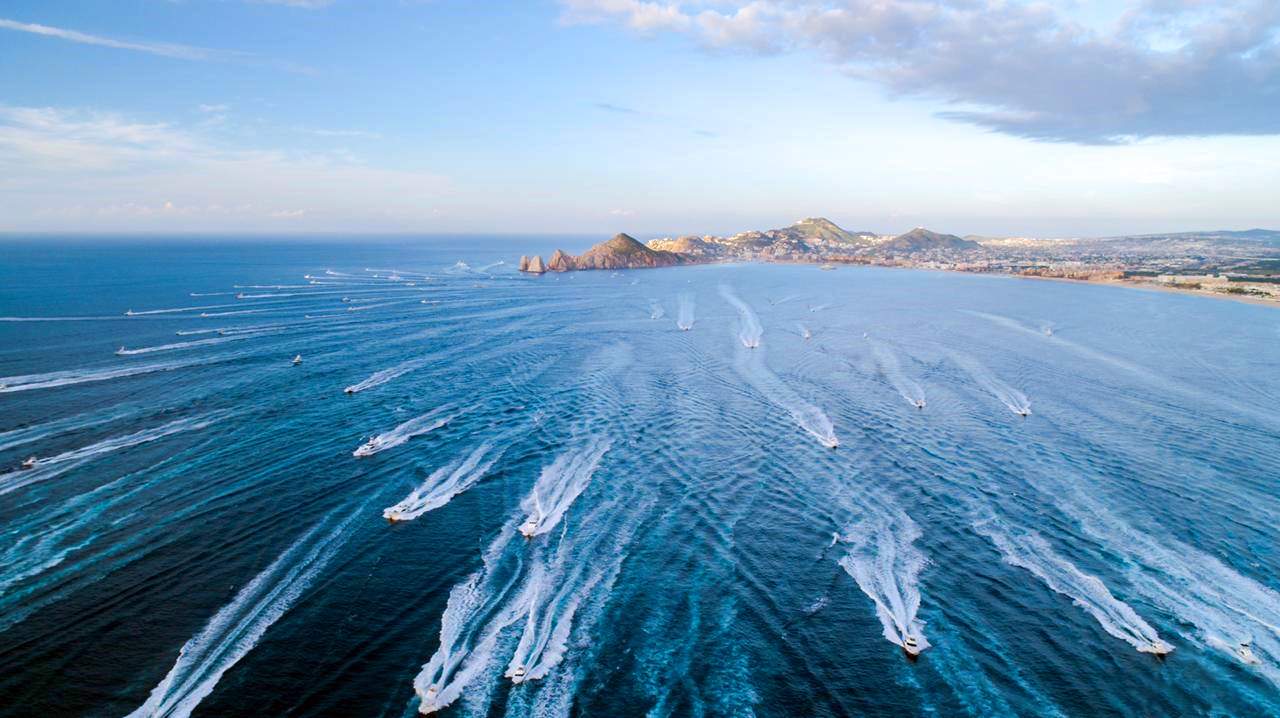 The 2018 Bisbee’s Black & Blue Tournament saw 114-teams competing off Mexico’s Baja Peninsula, where the marlin-rich waters of both the Pacific Ocean and Sea of Cortez collide.

Team PELAGIC aboard the 87' Horizon Sportfisher, Tourbillon , jostles for position during the traditional Bisbee's shotgun start

The PELAGIC tents are always a centerpiece of Bisbee's Tournament Village 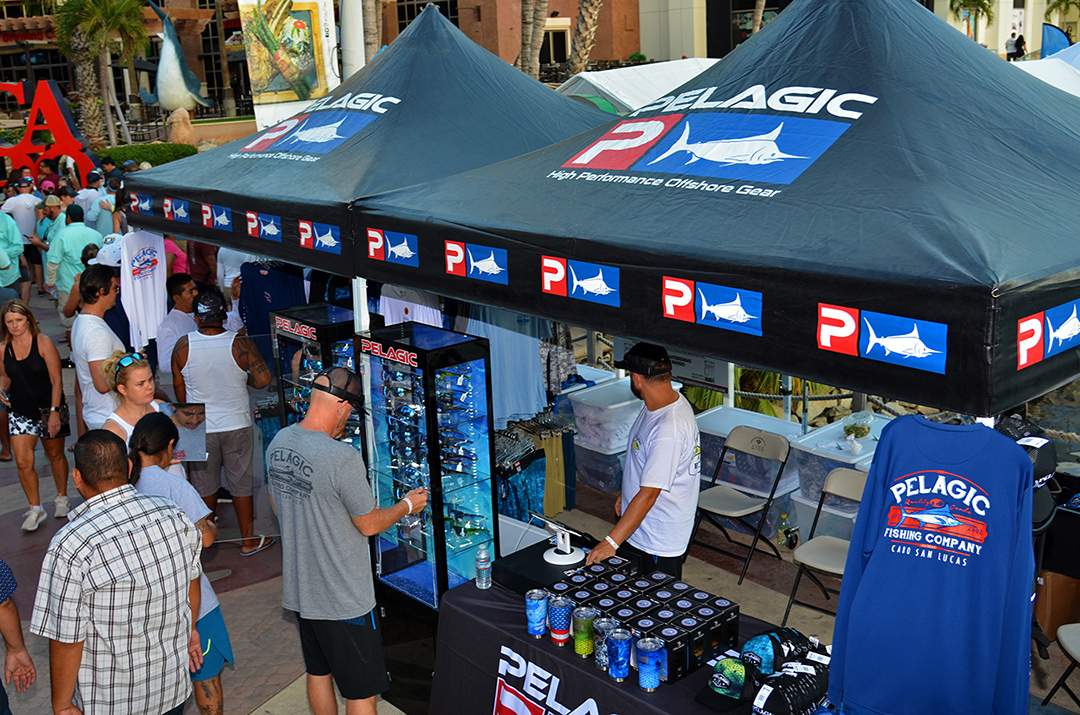 PELAGIC is a proud sponsor and partner of the Bisbee’s Tournament Series for well-over a decade and counting. If you consider an event that draws the world’s best tournament and marlin professionals; it’s no wonder the competition level is so high, the stakes the richest in the sport fishing world, and the atmosphere provided rivals that of any sporting event seen worldwide. We simply wouldn’t miss it and can’t wait to return again in 2019.